Our Story
The idea for the Hillbilly Outfield began during a St. Patrick ’s Day party in 2000. Jim and I were sitting on the back porch of his house along with the rest of the soon-to-be original coalition members. We joked that we needed to throw a party where we weren’t the ones that had to buy the keg for once and the drinks were free. We decided that the Kentucky Derby would be a good time for this shindig and we were so far from the traditional infield parties that we should call it the Outfield. The Hillbilly part was chosen as a fun theme that tied it to Kentucky. We had six weeks to get the party together and the Hillbilly Coalition was formed to ensure it happened. 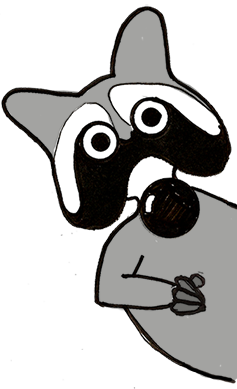 The first party cost $4,400 and cleared $100.00. The following year we spent $7,800.00 and cleared $150.00. Our third year cost us $10,800.00 but we were growing and we cleared $1,500.00! We didn’t intend to make a profit on a back yard keg party, but once we did, we quickly decided that this money needed to be donated to a worthy cause. Greg Gish had an acquaintance that worked for the Make-A-Wish Foundation, and after meeting with her, we decided that was where our profits should go. By the 4th year our profits allowed us to grant a full wish and we have just grown from there!

Originally word of mouth really boosted the growth of the party along with some local press. Pairing with Make-A-Wish increased our visibility and generous corporate donations have helped us to support the growth. The Hillbilly Outfield has grown larger than anyone ever expected and we have even received national exposure; ESPN stated that we are the best deal during Derby, we were featured on The Travel Channel’s 2013 Derby episode of "Fandemonium with Adam Richman”, and we have had party goers from 26 states and two foreign countries! To date, our donations have totaled over $131,000.00 and we have granted wishes for over 25 children through Make-A-Wish.

The 20th Annual Hillbilly Outfield Derby Party will benefit Twisted Pink in memory of many Hillbilly Coalition board members, volunteers and long time attendees whom have been affected by a cancer diagnosis.

Over the years The Hillbilly Coalition grew from a few friends throwing a backyard party into a nationally recognized charitable corporation with a board, tons of volunteers, and way too many donors to list. It was an unexpected transformation but it couldn’t be for a better cause.